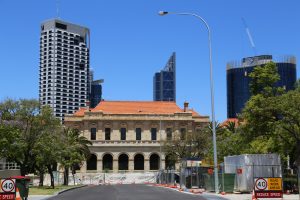 Budgets are more than numbers. They are a statement of what a Government values given scarce resources.

On the 7 September, Treasurer Ben Wyatt delivered the first State Budget of the McGowan Labour Government. This Budget, delivered to fix WA’s “catastrophic financial situation” according to the Premier, sought to incorporate election commitments, while outlining a timetable for Budget recovery.

If the Budget could be summarised into a single word, the word would be ‘restraint’.

Restraint in terms of revenue raising measures (increases to Payroll Tax and Gold Royalties) despite the lower population ABS led $2 billion drop in GST revenue. Rumoured increases to other royalties, property taxes and levies such as the Perth Parking Levy, failed to materialise.

Restraint in terms that these measures focused more on the corporate and public sectors than households. In playing to the voters who elected them, tax increases on those seen to have the ability to pay, seem to be campaign material for their re-election. While tough decisions to an extent have been made, difficult decisions such as the sale of Government utilities, PPP’s and others have been pushed down the line. The closer to an election these decisions are made the more likely they are to be pushed to a second term of a McGowan/Wyatt government.

Restraint in terms of public sector spending. A significant proportion of the Budget is recurrent funding to nurses, teachers and police. Being from a family with three immediate family members working in these professions, there is an appreciation that there will never be enough money to reimburse these professions for their service. At the same time, a smaller public service with more accountable deliverables, is key to rebalancing the Budget. For the property industry the loss of 3,000 public servants will have a negative impact on office demand from the State’s largest office occupier.

While the Treasurer committed to “work overtime to ensure that the burden of fiscal repair is shared as fairly as possible across the community”, in cases such as Royalty for Regions, the Perth Parking Levy, Payroll Tax, it is clear that the burden is being shifted to a targeted few. More special purposes accounts are being created/used to replace funding previously derived from general revenue. Without top up funding from the Federal Government, which the Treasurer himself described as “ad-hoc” and “a drop in the ocean”, it is likely that a higher burden will be passed onto narrower sections of the community.

Below are a selection of key numbers from the State Budget for the WA property industry.